My name is Kit Morris, and welcome to my warped life.

Picture the scene: Me, an average guy with psychic powers—not that my abilities are in any way average—just trying to scrape by in a harsh world. So maybe I’ve conned a few people, but did I really deserve to be thrown in MPD jail alongside magic-wielding serial killers?

But her hardass attitude and “Arcana prodigy” status aren’t enough to bring down my former best friend, who slipped through the MPD’s fingers and is days away from unleashing untold horrors upon the city. Or he’s going to steal something. I don’t really know.

Whatever he’s up to, that’s why I’m sitting in an interrogation room with Lienna. And that’s why I just offered myself as her temporary new partner for the purposes of thwarting my ex-accomplice.

And that’s how I’m going to escape. I might even help with the case before I cut and run.

—
Warping Minds & Other Misdemeanors is the first book in a new series set in the world of The Guild Codex. It can be read on its own or as part of a larger adventure.

Annette Marie is the author of Amazon best-selling YA urban fantasy series Steel & Stone, its prequel trilogy Spell Weaver, and romantic fantasy trilogy Red Winter. Her first love is fantasy, but fast-paced adventures and tantalizing forbidden romances are her guilty pleasures. She lives in the frozen winter wasteland of Alberta, Canada (okay, it’s not quite that bad) with her husband and their furry minion of darkness—sorry, cat—Caesar. When not writing, she can be found elbow-deep in one art project or another while blissfully ignoring all adult responsibilities.

Rob is a Canadian writer, actor, and director, who has been in a few TV shows you might watch, had a few films in festivals you might have attended, and authored some stories you might have come across. He’s hoping to accomplish plenty more by the time he inevitably dies surrounded by cats while watching reruns of Mr. Robot.

Currently, he is the Creative Director of Cave Puppet Films, as well as the co-author of the upcoming Guild Codex: Warped book series with Annette Marie.

After reading the description of this book and seeing the really awesome cover art, I was immediately intrigued by this new universe. I’d never read any of The Guild Codex series before this, so I was going in completely blind and not knowing what to expect. What I got was a fun and quick read that makes me want to learn more about this whole Guild Codex universe that I didn’t know I was missing.

Warping Minds & Other Misdemeanors reminds me of a fantasy version of White Collar with a bit of Men in Black thrown in for good measure. Filled with lots of action and a fast-moving plot, once I got started, this was a hard book to put down. I can totally see this as a television series that I would watch every week.

Kit Morris, our leading man, is described as looking like Chris Pine. OK then, you already have my attention. Thankfully, Kit is so much more than a pretty face! He’s smart and funny and has so much movie trivia in his head it can’t help but come out, even when it really shouldn’t. His character development is central to the storyline and is wonderful to experience. I might have come out of this book with a little crush on Kit, even though I’m pretty sure I am old enough to be his mother!

Lienna Shen is our leading lady. She’s smart and capable but since the book is from Kit’s point of view, I think that there is still a lot more to come from her. She’s a bit of a mystery but watching her relationship with Kit develop is delightful. I’m sure we will learn more about her soon. And this book isn’t a romance, but really, it’s hard not to ship Kit and Lienna. The two are really great together!

According to Goodreads, book 2 in this series, Hellbound Guilds & Other Misdirections, is coming out this December. I can’t wait to spend more time with Kit and Lienna!!

1 thought on “Book Review: Warping Minds and Other Misdemeanors by, Annette Marie and Rob Jacobsen”

Who is your favorite classic literary monster? I am a big fan of Dracula and all-things vampire. But I wouldn't say no to a wolf man or wicked witch!
Sunday Book Spotlight: The Witch in the Well by @camillabruce_writing - coming everywhere books are sold on Tuesday, October 4 from @torbooks !!
Cover Reveal! I am so excited to share with you the cover of the upcoming book STORM CHASER by @linzduga - Coming as a digital release October 31st from @entangledteen. I really love Duga's book ROARING (have read it and listened to the audiobook) so I can't wait to see what she has come up with now!
Yes please!! OMG!!
Who is excited for Hocus Pocus 2?? My daughter and I are hoping to get up early and watch before school. We can't wait! 🧙🎃🐺
That feeling when you are so excited about a book that you accidentally preorder two copies - but it is OK because you also registered for the preorder goodies and got the alternate cover!
I spent a good portion of my weekend being a Tennis Mom, watching my oldest play. I didn't get a whole lot of reading done but I did finally start Wolfsong by @tjklunebooks. I really loved this quote on page 23 and thought I would share. And don't worry. No books were harmed in the making of this post. The highlighting was added during production. 😏
Sunday Spotlight: Last of the Talons by @sophiekimwrites coming to bookshops everywhere on September 27 from @entangledteen
Counting the days until Charm by @tracywolffbooks comes out. Have you read this series yet?? It is one of my favorites! I would definitely love to hang out with this cast of characters. 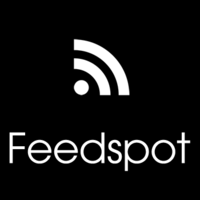 Who is your favorite classic literary monster? I am a big fan of Dracula and all-things vampire. But I wouldn't say no to a wolf man or wicked witch!
Sunday Book Spotlight: The Witch in the Well by @camillabruce_writing - coming everywhere books are sold on Tuesday, October 4 from @torbooks !!
Cover Reveal! I am so excited to share with you the cover of the upcoming book STORM CHASER by @linzduga - Coming as a digital release October 31st from @entangledteen. I really love Duga's book ROARING (have read it and listened to the audiobook) so I can't wait to see what she has come up with now!
Yes please!! OMG!!